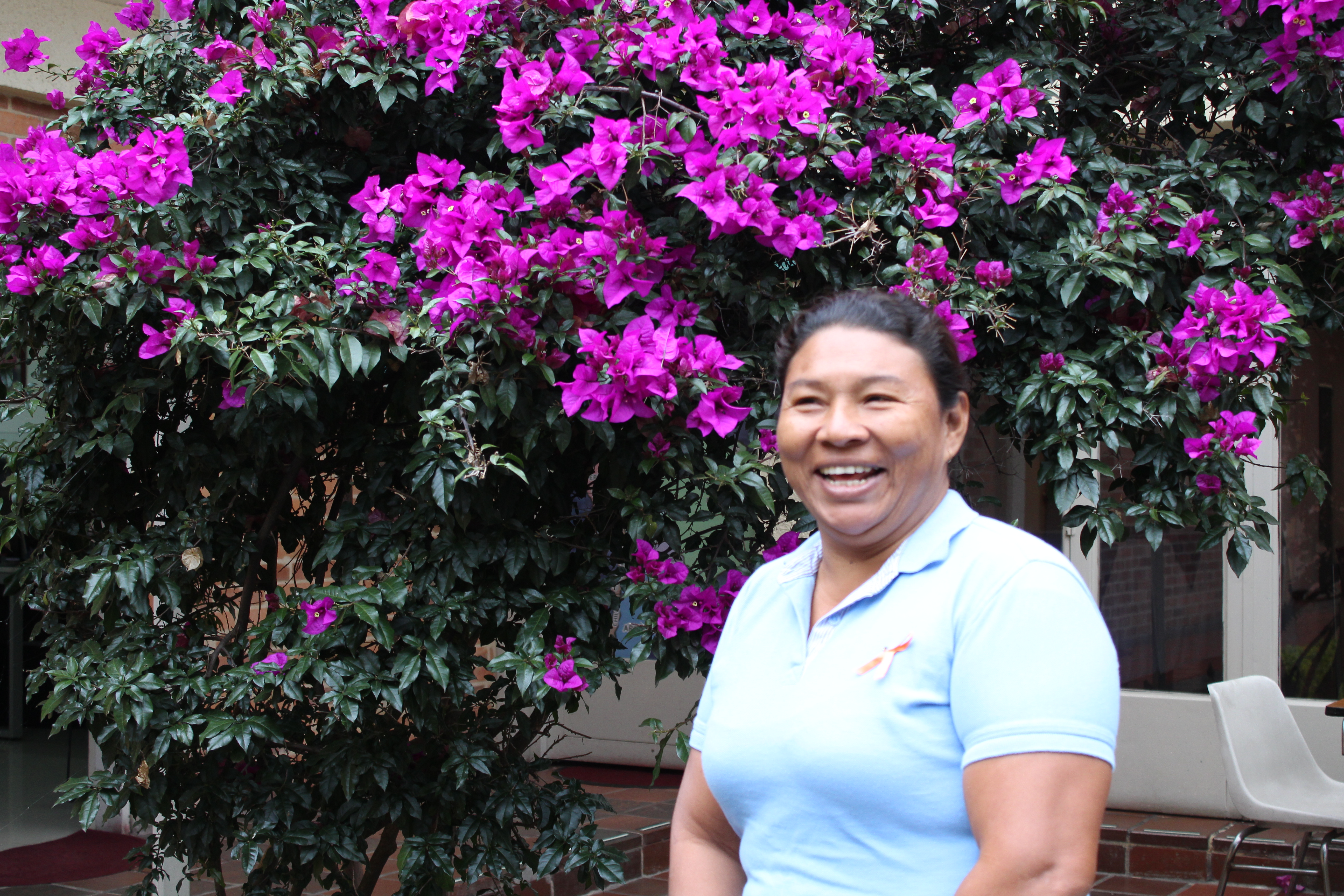 Since 2011, Luvis Diaz Chavez and Judith Navarro Martinez have demonstrated their commitment to the women of Sampués through their work as promoters of the Ecumenical Circle of GemPaz, a Mennonite Central Committee partner, on the Caribbean coast in the department of Sincelejo, Colombia.

The Ecumenical Group of Women Peacebuilders (GemPaz) is a collective of women of faith (Catholic and Protestant), that began in 2007 with the purpose of reflecting on ecumenicalism from a biblical-theological-spiritual foundation, directed toward peace-building, dialogue, and reconciliation in Colombia.

Sampués, one of the regions that GemPaz accompanies, is a relatively small municipality, made up of a population of about 37,000 people, where half of the population identifies as part of the Zenú indigenous group. This community is largely dedicated to artisan production and farm labor. Unfortunately, the region has also been hard hit by the effects of the armed conflict: trauma, violence, and forced displacement form part of the communal history of many of its inhabitants.

Thanks to the healing and empowering spaces created in the region by GemPaz through the use of Contextual Bible Reading (CBR), many women have been able to channel and transform their pain and trauma resulting from the loss of family members in the armed conflict into new and hopeful outlooks:

“In the case of the indigenous Zenú women who form part of GemPaz, the method of CBR has helped us to understand situations from the level of the nuclear family, of our territory, and thus of our country. Through the method of seeing, judging, and acting, we have learned that interpreting the bible and applying it to different areas is something that not only theologians can do, but rather that our local communities can also understand and analyze the sacred texts. Our reading involves all thoughts and our vision is unified in the midst of ethnic diversity.

“Similarly, it has allowed us to make visible the leadership of our women who used to be depressed because of the painful loss of relatives and because of other factors. This method has transformed the lives of our women to reconcile with life and with God at a personal level,” Luvis and Judith say.

These successful and healing experiences have caused the women that form part of GemPaz to multiply and share the CBR method with women in other spaces.

Luvis shares: “The CBR method is simple and easy to understand. That is way my ecclesiastical experience has been marvelous. I began to implement CBR at the national level in the women’s ministry of our Colombian Methodist Church, primarily training the district coordinators so that they could be in charge of replicating it in local churches in the four districts. These women will be facilitators in their communities. This method is the most strategic in our ministry, since through it we can reach more women and establish them in our communities.

“Thanks to the CBR method, many women and young people have come closer and become more deeply interested in the word of God, in a simple and hopeful way. CBR continues to transform our way of thinking and acting because it allows women to identify themselves in the passages and understand that they are not alone, that they are not the only ones with these problems. The CBR method contextualizes for us the current situation of our communities and our country, showing it more objectively.”

In this way, GemPaz reflects an example of how different women of faith in Colombia are capable of responding to the needs of their context, strengthening their positions with a basis in faith, peace, and reconciliation.